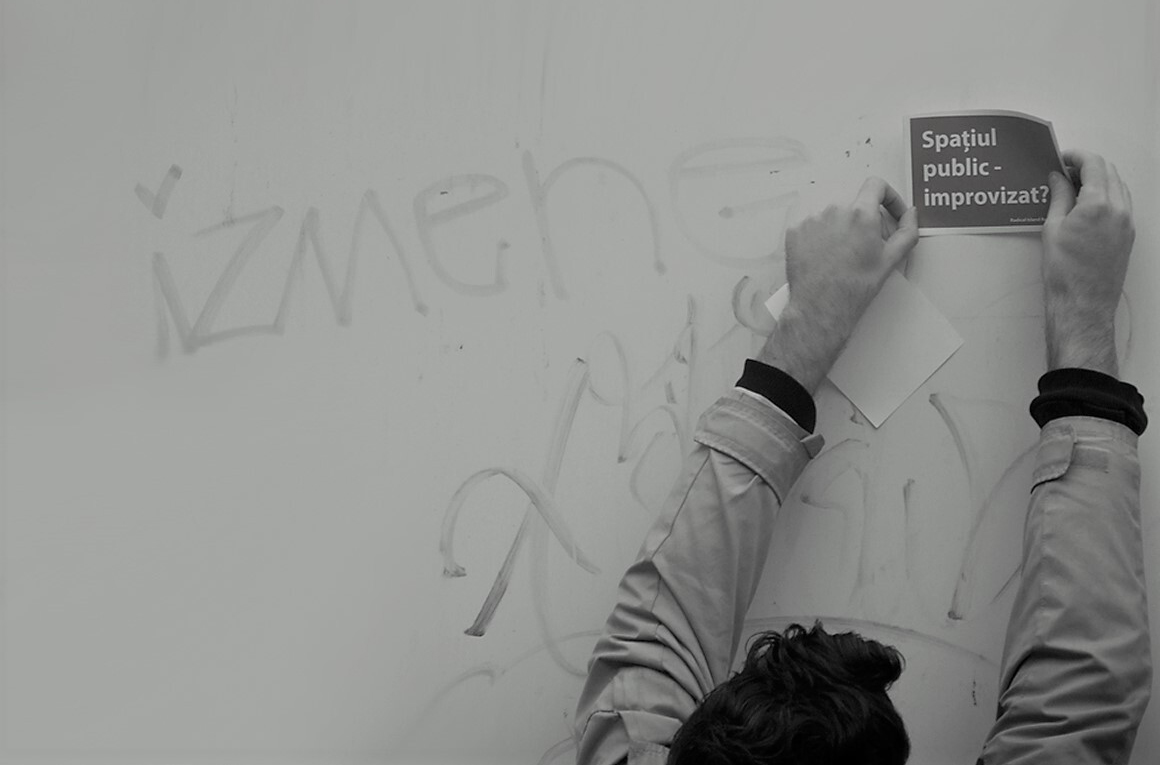 This year, Privește Orașul Campaign (tr. Look at the city) stops in Sinaia Square. The architect Marius Cătălin MOGA in collaboration with Studio Circular, will organize an intervention following a process that involves and mobilizes the public, professionals, civic groups, local community, with the aim of discovering and responsibly using the unexploited potential of the available urban systems. The inauguration will happen through a show presented by “Merlin” Theatre for Children and Youth.

Building upon the project’s concept as described in Breathing Spaces Trail, in 2019 Privește Orașul Campaign starts from the premise that the notion of public space is too abstract, and thus it cannot be approached on a daily basis by its inhabitants. This is also the reason why the public space isn’t assumed, is not taken care of and belongs to nobody. As a result, 5 public spaces from the city were personified and changed into characters with human features (flaws, qualities, past, future, beliefs, hopes, fears, etc.) with the aim of changing, for the long term, the way in which the city’s inhabitans relate to the public space.

In 2020, in the context of COVID-19 pandemic, Privește Orașul became an urge to reconsider the relationship people have with the public space. This was made possible through an online photography competition, which was promoted with the help of a new messenger-character, who joined the other 5 characters from the 2019 Privește Orașul Campaign.

The exclusive sponsor of “Privește Orașul” edition 2020 is CEMACON. Thank you for your help in building this project.
Privește Orașul project is conceived and implemented by the Beta team, from the Romanian Order of Architects – Timiș Territorial Branch in collaboration with Timișoara 2021 – European Capital of Culture.

An architect since 2006, after graduating from The Faculty of Architecture and Urbanism in Cluj, he completed his internship in the BAU office, led by arch. Adrian Borda. Since 2011 he established together with three associates the Atelier MASS office, after working together in several competitions. A part of the projects carried out in the office were nominated and awarded in the Transylvania Architecture Biennial and in the National Biennial of Architecture. His civic involvement, after the alternative experience he had in the office (organizing several workshops and installations), has led to the 2012 opening of miniMASS Association, a sister-organization of the office. Starting from 2015, he develops here the Someș Delivery project and as well, the Cluj Atlas project, which is a participative mapping by young people with the aim of including their needs in the urban development. The role of sustainable citizen (in the making) emerged from the awareness of the irreversible consequences that climate changes generate. Together with other professionals from different fields, he started in 2019 a new association called Sustainable Cluj, out of the desire to make a quicker change towards a sustainable lifestyle.

Studio Circular is an architecture studio established in Cluj-Napoca, in 2019. Regardless of the theme and subject, through each project we want to contribute to the improvement of the built environment, whether it is about creating some temporary installations or some permanent structures. Each process of executing an intervention is unique. For this reason, we support an environment that encourages an open dialogue among all the parties involved in the project.

“Merlin” Theater for Children and Youth from Timișoara is a public cultural institution, subordinated to the Timiș County Council. Established in 1949, “Merlin” Theater places itself today, among the most valuable institutions in the field of performing arts for children and youth.The theatre has a varied and growing repertoire, and includes about 35 shows for children and young people.The growing artistic and educational projects, aim at creating a center of cultural interest, able to bring together the whole family, to reflect the multiculturality of the area, and as well able to open up towards the new avant-garde tendencies. By enhancing new means of theatrical expression and through originality, imagination, dynamism, and the actors’ professionalism, “Merlin” Theatre for Children and Youth gathers an audience at the over 250 annual shows.

The investments of over 10 million euros in technology, made in the past years, aimed to increase the operational efficiency, the innovation and the development of products and services portfolio, by launching EVOCERAMIC VB range: the only bricks with integrated basalt mineral wool, manufactured in Romania, which ensure a sound and thermal insulation without any need for additional insulation of the facades.